ARE THEY REALLY OK?

ARE THEY REALLY OK?  Australian actor Steve Bastoni urges us to dig deeper 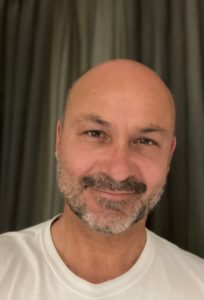 genU Training student Steve Bastoni is no stranger to the spotlight, having starred in some of Australia’s most eminent television shows such as Neighbours, Underbelly and Wentworth.

As an ambassador for R U OK? Day, Steve has used his publicity as a platform to raise awareness of mental health and reduce the stigma associated with mental illness.

“In these trying times with COVID, it is important to stay connected,” he says.

Steve acknowledges that asking whether someone is OK is not always easy, but his simple steps initiate natural conversations and allow us to delve further into the struggles someone may be facing:

“This year, in particular, we want to ask ‘R U REALLY OK?’,” Steve says. “We want to encourage people to speak their truth.”

For more tips on reaching out and having a conversation that could change a life, head to the R U OK? website.

Have a question? Whatever it is, we are here to help!

One of our expert consultants will give you the information you need to get where you want to be.

In the spirit of reconciliation, genU acknowledges the Traditional Custodians of Country throughout Australia. We recognise their continuing connection to land, sea and community and we pay our respects to elders past, present and emerging.